The “James” (or just JEL) is an iconic UK wreck dive, and one I have done many times. Last Sunday I passed my 40th  time on this site, a Liberty ship sunk in 1945 by a U-boat. After it was torpedoed, the ship was beached in Whitsand bay, just to the West of Plymouth, in order to recover its cargo. Fortunately for us divers, the ship sank, with no loss of life, before it went aground. It lies upright in only 20m and its superstructure rises to only a few metres from the surface, so it is popular with all levels of diver. We didn’t even have to put our shotline in, as it dived very regularly by the many dive boats out of Plymouth.

The JEL was carrying a cargo of US Army engineering equipment when it was sunk and over the years, these neat stacks of equipment have been cemented into interesting piles of artefacts, which after over 60 years in the sea are not easy to identify.

The deck, bulkheads and much of the side plating have rotted away now, and the wreck has changed a lot in the 30 years I have been diving it. Whereas it once felt quite enclosed, it is now generally rather open. Successive winter storms (this site is pretty exposed to the prevailing South Westerlies) are taking their toll, though there is much of interest to see. 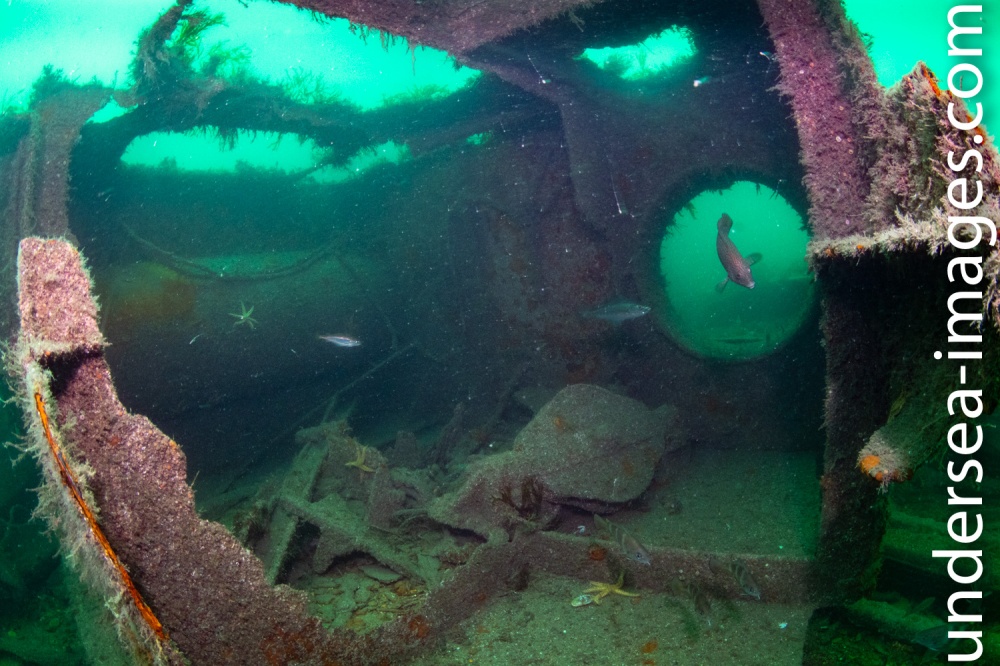 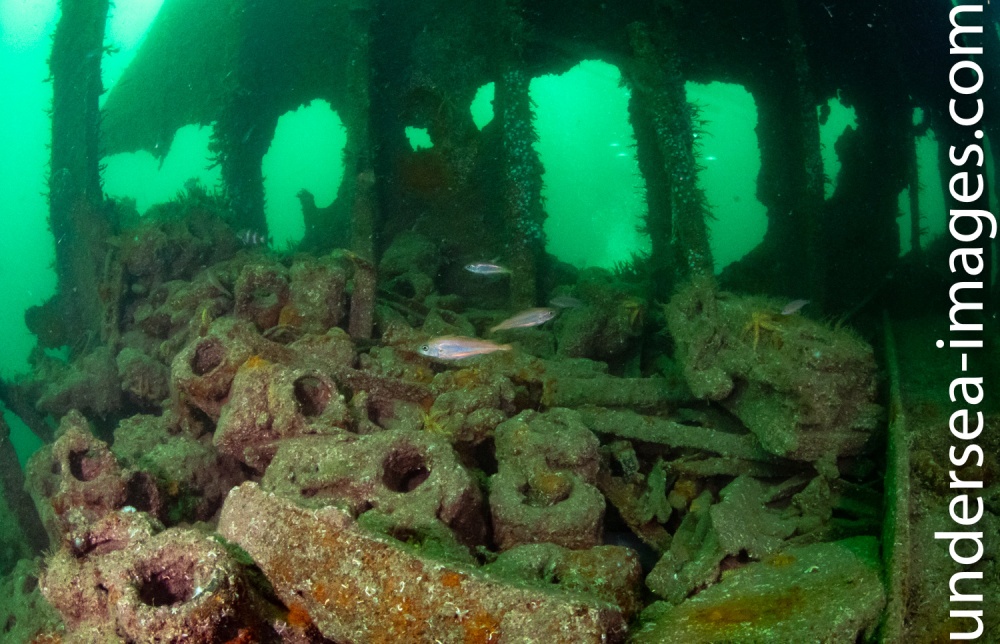 She was powered by an oil-fired triple expansion engine, which now stands proud of the sea bed so it is easy to look all around it.

The many crevices between the items in the cargo have provided ideal homes for generations of Tompot Blennies which are found all over the wreck. This pair were having a territorial dispute when I came upon them and ignored me until they had decided who was top tompot! 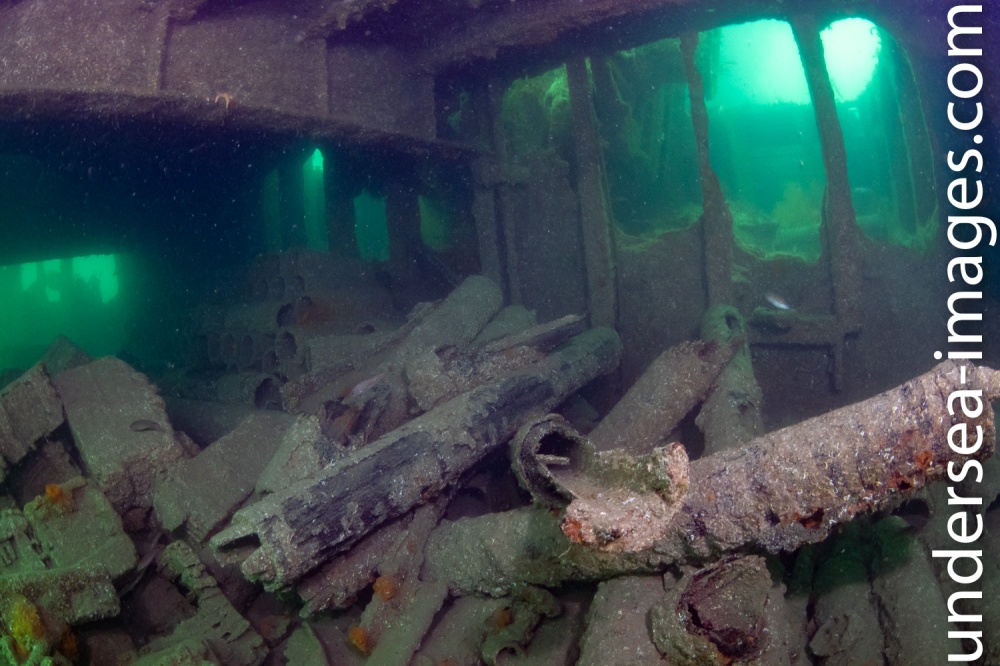 The bow of a ship is one of the strongest parts and so survives the sea for the longest. This is also the shallowest point, and where the shotline was attached; you can see that there is quite a bit of algae in this shallower water.

Every classic cub boat weekend should involve diving a couple of wrecks. I had a most enjoyable tour of the Elk last weekend- late summer sun and a lack of particulates in the water provided us with good visibility. This ship was a pre-war steam trawler which was drafted into service as a mine sweeper during WWII, and sank in the mouth of Plymouth Sound in about 30m of water. It is a relatively compact wreck and sits upright on the sea bed, so can be seen from stem to stern and back in a single dive.

The wreck was shotted straight on the bow and we were greeted by a large shoal of Bib.

Swimming towards the stern, the decks have mostly fallen through, the wreck is still very “ship-like”. The boiler is found amidships 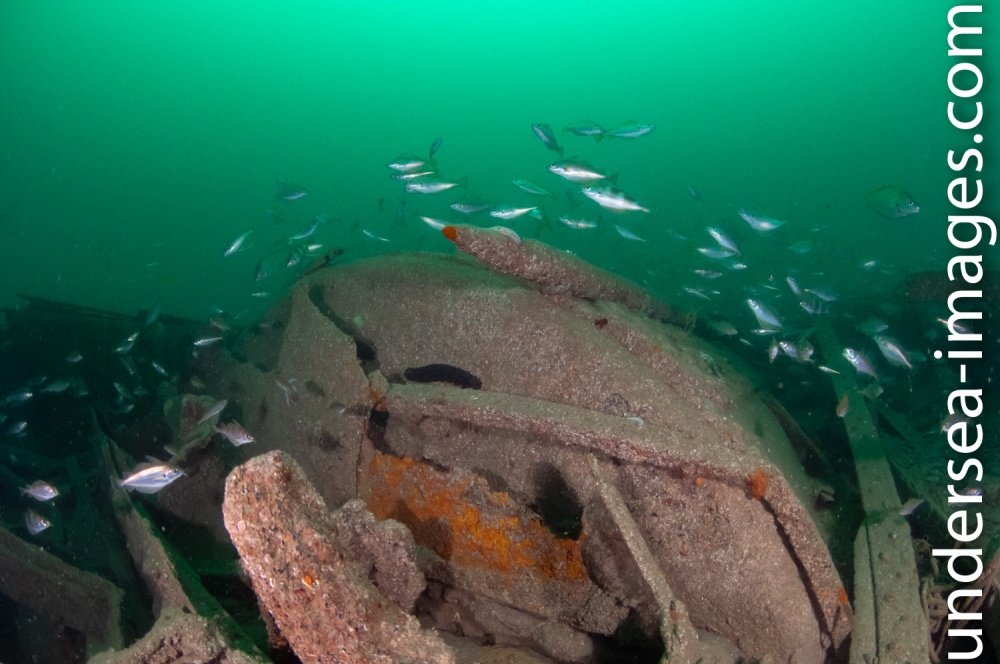 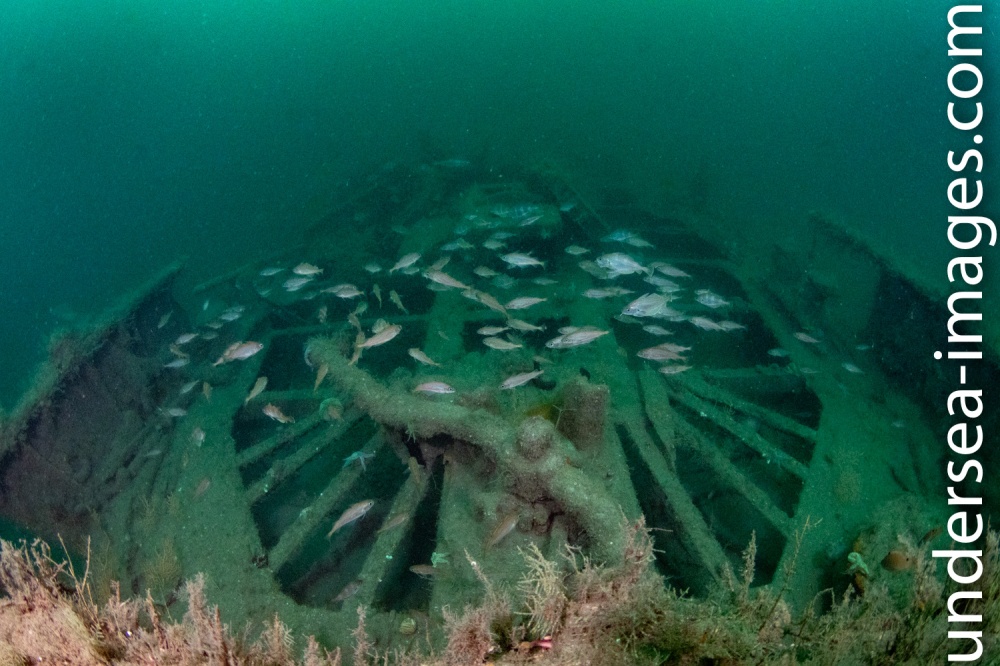 Stern of the wreck – time to turn back. 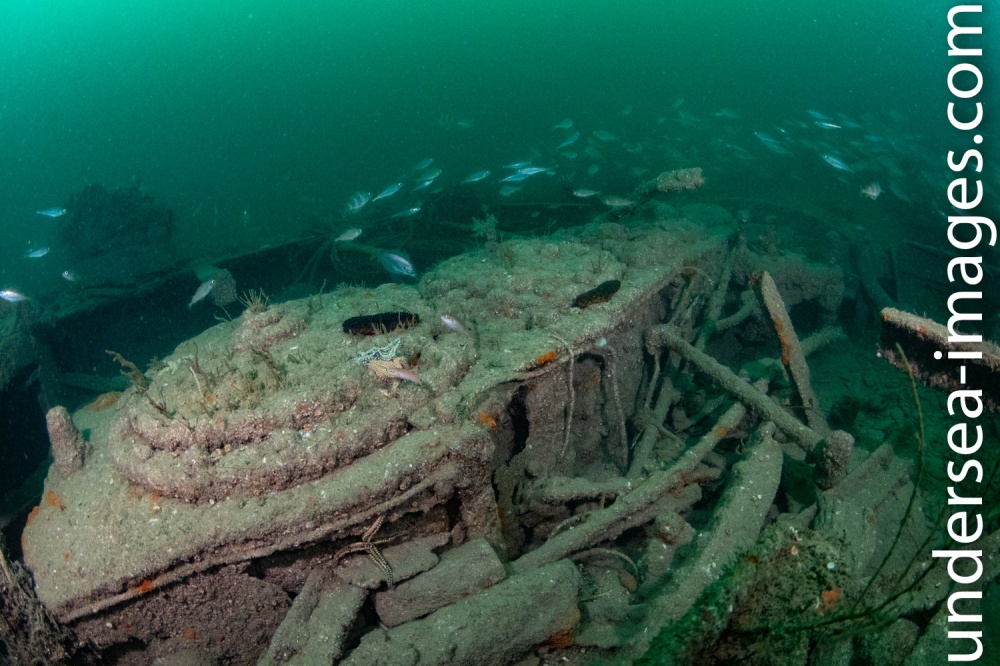 Back to the boiler again.

Surrounded by Bib for the whole dive.

Return to the bow for our ascent back up the shot line.

I enjoyed yet another early-season pilgrimage to the West coast of Scotland this Easter. I have often been even earlier in the season and there was more life to see by going a little later. I joined friends from the Bristol Underwater Photographers Group, including regular buddies Trevor Rees & Rob Bailey and linking up with fellow underwater wildlife shooters Jason Gregory and Colin Samuel to re-visit Loch Creran (which was really murky) and then Loch Duich and Loch Carron. Whilst the South coast was battered by stormy weather, we experienced some good diving conditions in these cold sea lochs and were rewarded with some lovely photo subjects. This time there seemed to be an abundance of nudibranchs (sea slugs)- a range of species and some really large specimens. Great trip- thanks guys.